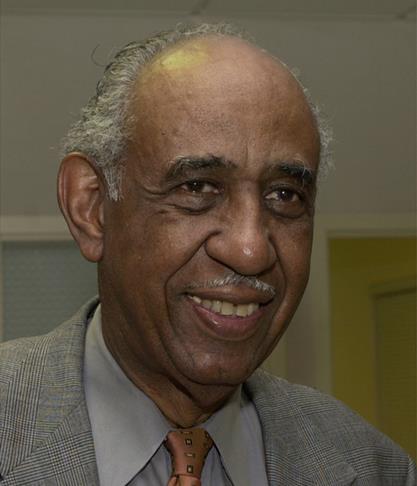 ​Dr. Otis Edward Tillman, Sr., 89, passed away peacefully on Wednesday, April 10, 2019
at his residence in High Point, surrounded by family and friends.
Dr. Tillman was born in Wadesboro, North Carolina on July 7, 1929. He graduated from
North Carolina A&T State University in 1953 and Howard University Medical School in
1957. He served his community as a medical doctor for over 45 years, and was active in
several civic and service organizations, as well as the Civil Rights Movement.
Dr. Tillman was a leader, educator, motivator, and mentor to so many people. He was a
man of God and exercised his faith in all of his endeavors. Out of his many
accomplishments, his greatest joy was his family. His union with his wife Barbara was
blessed with four children, nine grandchildren, and three great-grandchildren. He was
preceded in death by his parents, Daniel and Nellie, and his brother, Daniel.
Dr. Tillman was a beacon of light for his family, friends, and community. His kindness
and humility will live on through those he touched, both directly and indirectly. Though
gone from us physically, his legacy will continue to live on forever.
Funeral service will be held, Tuesday, April 16, 2019 at 12:00 p.m. at Greater First United
Baptist Church, 1409 Deep River Road. Interment will follow at Carolina Biblical Gardens.
The family will receive friends on Monday, April 15, 2019 at Greater First United Baptist
Church from 6:00 p.m. until 8:00 p.m. and on Tuesday from 11:30 a.m. until 12:00 p.m.
If you would like to donate to one of his favorite charities in honor of his love for his
community, they can be made to Macedonia Family Resource Center or North Carolina
A&T Scholarship Fund.
Final arrangements are entrusted to Phillips Funeral Service, Inc.
Online condolences may be sent to the Tillman family at phillipsfuneralserviceinc.com